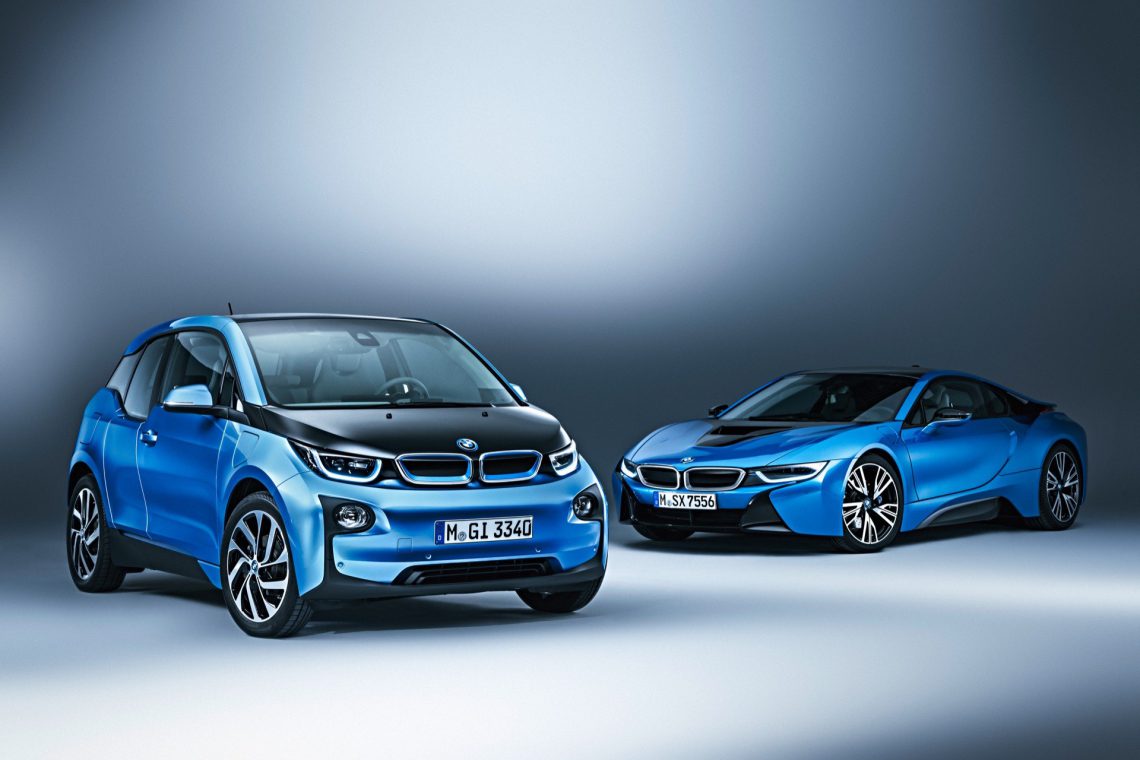 The BMW i3 update and why it’s so important

For summer 2016 the German automaker BMW has lined up something for its all-electric, ecological and truly efficient vehicle – the BMW i3 update. While it retains the same futuristic design, it will receive a few changes under the hood as well as a few more choices in terms of its looks.

The interior design has received a few changes that aren’t so obvious at first sight. Specifically comparing the interior design „Loft“, the previous glove box cover was a matte silver finish that ended underneath the central display. In its new design, it is now offered with a dark brown wood finish. My favorite design might actually be the bright grey „Loft“ design, but I always wanted some wood as well – which is now possible. Thank you, BMW. It makes the interior much warmer, yet not as awkwardly looking as the full leather interior „Suite“ with its extremely dark brown looks. One of the biggest weak points of the original BMW i3 was its single-phase AC charging system. Capable of charging up to 3.7kW (230V/16A) in stock configuration and with the optional fast charger up to 4.6kW (230V/20A) or 7.4KW (230/32A) with a few tricks, this was something that most households were incapable of providing. Sure, on the go you could always use the optional DC charging with up to 50kW to recharge the i3 in as little as 30 minutes. Now with the new three-phase charger, you can enjoy a full-power recharge with as little as 16A charging current by utilizing the 400V three-phase system for a whopping 11kW charge. In the long-therm this does not only affect the vehicle and recharging times, but it also makes sure the electrical power grid is balanced. To make this point a little easier to understand: A usual household in Germany (and most of Europe) is hooked up to the electrical grid with all three phases. All of the house’s power outlets and equipment is evenly distributed across those three phases. If you would now charge your vehicle with 32A on a single phase, this would create an unbalanced load on the power grid and cause problems. However, charging with all three phases (each shifted by 120° from each other) at 16A, you’d get a lot more power with less load on your power lines and no unbalanced load on the grid. Last but not least, the most important and most appealing change is the new 94Ah battery pack that BMW offers as an option – not as a replacement. The original battery pack was provided by Samsung SDI, which is a 21.3kWh (60Ah * 355.2V) battery pack that consists of a total of 96 prismatic cells (3.7V) arranged in 8 modules with 12 cells each and a total nominal voltage of 355.2 Volts. The useable capacity of this pack is specified at 18.8kWh. The new pack is based around Samsung’s updated 94Ah cells which provide 33.4kWh (94Ah * 355.2V) and a usable capacity just shy of 30kWh. With almost 60% more battery capacity than the previous battery, you can now easily expect ranges of over 200km (124mi) and possibly up to 250km (155mi) with eco-driving – based on my personal range experiments with the original battery pack. Expect the new i3 configuration to gain some weight, approximately 50kg (110lbs) over the old one (1245kg/2739lbs vs. 1195kg/2629lbs). The price difference for the bigger battery pack is a mere 1200€ which makes me wonder why they even decided to keep the smaller battery pack in its i3 line-up. The base price for the i3 with the large battery will be 36150€. BMW is preparing a battery upgrade offer for existing BMW i3 owners. The used batteries will be recycled and used in energy buffering applications for charging stations and solar panels – maybe similar to the Tesla Powerwall? However, I’d assume they will be remarketed through other companies and channels. A conversion is estimated to cost around 6500-7500€, which is quite a big chunk of money.

I am grateful for BMW’s update and wish the best of success for the updated i3. It was really needed and makes the all-electric vehicle quite competitive again. It’s starting to look like a bright future for EVs and 100% clean automotive transportation. Oh – and one thing I’m really, really curious is what BMW has planned for us in terms of the BMW i5. 😉